On 1 October 2020 we have completed a mural in conjunction with 30th anniversary of reunification of Germany, or Germany Unity Day. This mural was commissioned by the Embassy of the Federal Republic of Germany, Kuala Lumpur.

The complete mural
Located just outside the official residence of Germany Ambassador, we took 2 days to complete the mural. The mural was completed with 100% use of spray. 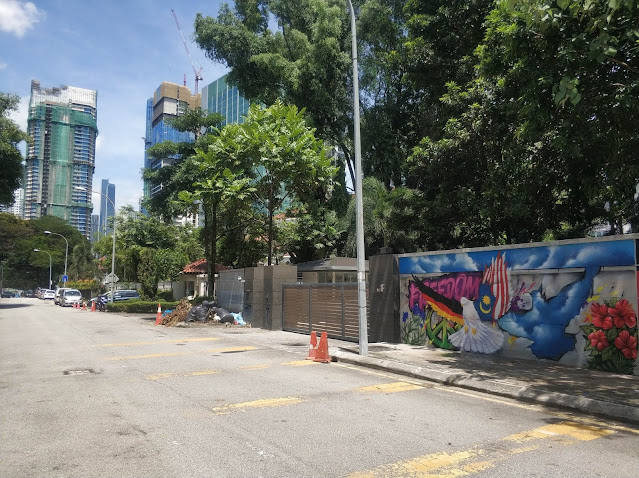 The mural is just outside the official residence of Germany Ambassador

In this mural, we try to symbolize the rich cultural relationship between Germany and Malaysia.

Sketching process
Both countries share similar sentiments to promote peace. The idea of dove breaking free from the wall with Malaysia and Germany flags on its wings represent the freedom and sovereignty of the two countries. The wall itself depicts the fall of the Berlin Wall that led to the German reunification, while the mural of flowers represent the national symbols for Germany (cyani flower) and Malaysia (hibiscus).

Process of sketching and coloring

The mural remain open for public viewing from October 1 until November. 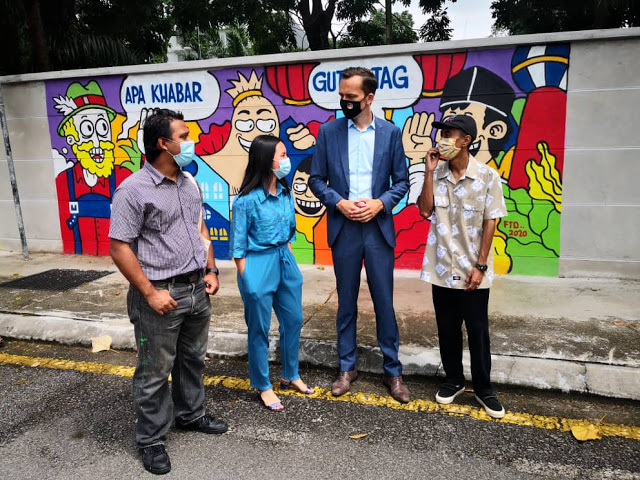 With the embassy’s Charge d’affaires, Dr David Krivanek and other artist who involved in the program

The mural also get extensive media coverage because Germany Unity Day is a very meaningful and special day for the people of Germany.